Joysticks in Linux with joydev and evdev

Most joystick calibration tooling is for joydev, but that’s deprecated. There aren’t any default tools for saving evdev calibrations.

This is my notes on how I got my joystick calibrated.

This was my first defcon, and I chose to spend it playing the MUD from EvilMog.

Here is my writeup.

At $work I have a motorized sit/stand desk. I have to hold the up/down buttons to go to any height. Clearly, this is far too difficult. So I put together a thing to read the height and use double presses to automatically go to high/low setpoints while keeping single button hold functionality intact a while back.

A few weeks ago, someone emailed me about it and I got inspired to clean it up and redo some bits.

Some friends use the TP link kasa lightswitches. I intended to buy one to evaluate, but got confused by someone else talking about what they use(z-wave) while I tried to order it.

I don’t use zwave, so I decided to see what would be involved with converting it to be ESP based.

TL;DR: Maybe possible to convert, but way too much effort.

RTT with a nordic board on linux

Segger RTT(Real Time Transfer) is an out of band debugging tool. I specifically want to use it with Nordic’s logger.

If you search “rtt nordic linux”, you get a forum post explaining how to do it. 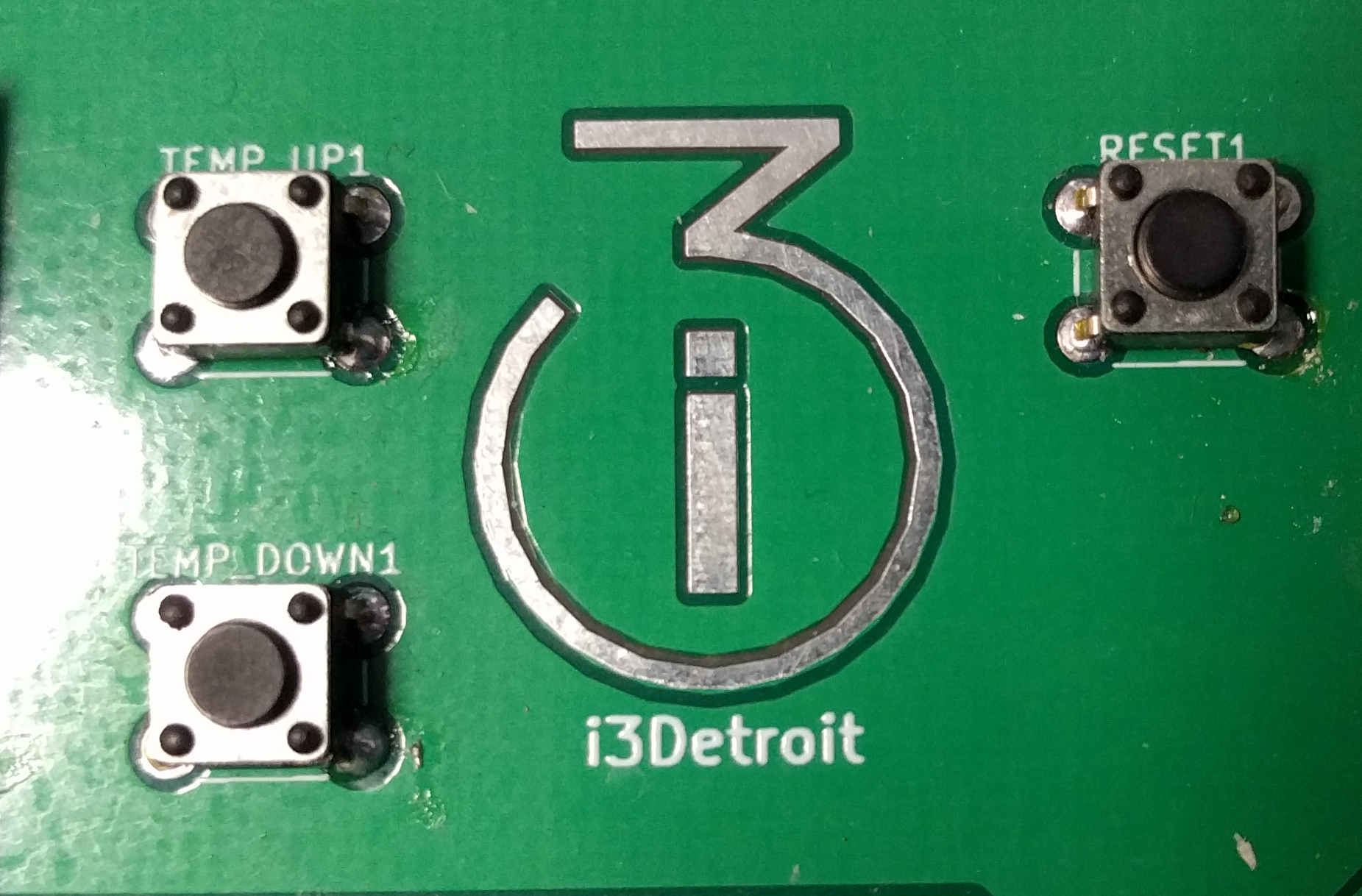 Here at i3Detroit, we like learning things. Also we don’t like doing extra work. This usually balloons into a lot of extra work and (hopefully) less work later.

We started looking into automation for a few reasons: simplifying the space shutdown procedure, and cost/complication of expanding. Most of our existing lighting circuits are where they were when we started renting the building but some of them have been cumbersome to work with (“no, you can’t plug that in there that outlet turns off when the lights do”). When we expand to encompass even more space it gets increasingly difficult to run more and more light switches to control groups of outlets. With networked relays on every light we can specify groupings in software rather than spending 4-5 hours bending conduit, planning a route in our increasingly crowded ceiling and walls, and pulling fairly expensive wire long distances. Doing this in our current space gives proof that we do not need to spend a lot of time re-wiring any building we inhabit, just plug in the lights to whatever outlets are already up there and we can control them in whatever pattern is most convenient.

Frequently people would complain because they come in and find the doors to have been unlocked all night, or the tank of argon has all leaked away, or maybe someone decided to try to heat our colander of a shop to 75F all night long in the middle of winter when no one was there. The benefits of automating things is not just saving time on tasks that get done, but making sure all the tasks actually do get done.

Using and Debugging MBED with arm-gcc

Trying to get to a lorawan gateway.

Got the Low Cost LoRa Gateway running, but no lorawan.

Hello World on an stm32 l0 LoRa dev board

Trying to make it blink.

Hacking: Using things in ways they were not intended to be used.

So here’s how I hacked my electronic sit/stand desk controller to have set points in yet another one day project.

In my continuing quest to turn a thinkpad keyboard into a USB keyboard, I decided to try the at90 line of avr chips. Bought a AT90USBKEY2 dev kit, and tried to put TMK on it.

This was another “one” day project. It ended in running the onekey example, so this post is more just “how to use the AT90USBKEY2.

So at i3, one issue we have is people leaving the thermostats on high temepratures and going home.

So we built our own into the automation system.

We are seeing mysterious button presses on one of our iot lightswitches at i3.

Herein lies the debugging so far.

Notifications are useful when services fail.

Sadly, they often get sent to root@127.0.0.1, where they don’t get read because nobody sets up their mta.

nullmailer to the rescue.

One thing I’ve wanted for a while is a USB keyboard with a trackpoint.

I made a good start with an atmega32u4 on an arduino micro board.

I wanted a small programmable keypad. It’s primary purpose was to be media keys for a model M that needed to be cleaned and bolt modded, but now that I use a (different) model M, I finished the project.

So I wanted the flip clock, and took pictures because the last flip clock we found didn’t quite make sense as to how it went together, so this may help some poor fuck in the future.

Really more of a test post to get this blog off the ground, but today I made a power supply for a hard drive out of some 12v power brick by soldering in a LM78M05 to add a 5v rail.